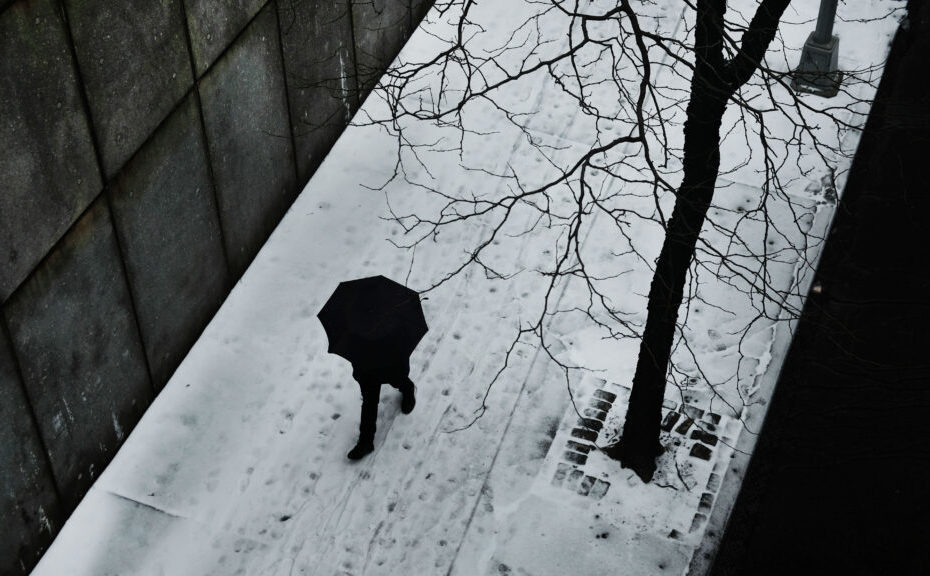 It’s not just the cold, it’s the humidity. Winter in the northern United States will soon drive even the most diehard outdoor diners and backyard socializers indoors, bringing with them heightened risk for contracting and spreading Covid-19. The worry is not just that people might mingle more closely inside, but that the air they breathe will make the virus more dangerous.Cold, dry air facilitates the spread of the coronavirus, and the social distancing that helped outside won’t be as effective indoors, scientists said.

“I do worry about this pandemic potentially getting worse this winter,” Akiko Iwasaki, an immunologist at the Yale School of Medicine, told STAT. “All the same kind of concerns that usually apply to other respiratory infections are the same with this virus.”

The coronavirus that causes Covid-19 will thrive this winter for three reasons: dropping temperatures, diving relative humidity, and drier respiratory tracts. When the weather turns cold, air gets drier. And turning on the heat dries both the air and the tissues lining the airways, impairing how well mucus removes debris and invaders like SARS-CoV-2.

Studies show significantly more infections happen and spread when the relative humidity falls from between 40% and 60% — a range typical in warmer weather — to 20%. That research draws from past outbreaks of flu and MERS, which is caused by another coronavirus. More recent case reports from the SARS-CoV-2 pandemic’s early days in China and Seattle conclude the same thing: The virus stays stable longer and finds purchase on receptors in our airways better when the relative humidity sits at a wintry 20%. That’s one reason why we catch more colds and flu in cold weather.

Limiting the number of people in a confined space, wearing a mask, and ensuring good ventilation can help reduce the risk of infection indoors. But still, the viral particles from an infected person are unlikely to just blow away, as they might outside on a windy day. Consequently, the admonition for people to stay six feet apart may not be adequate in offices, schools, restaurants, and other indoor spaces, some scientists said. Even when social distancing outdoors, “six feet is not magic,” Iwasaki said.

Martin Bazant, professor of chemical engineering and mathematics at MIT, urges people to think “beyond six feet,” which is how he and his colleague John Bush titled their paper posted to the preprint server medRxiv last month.

“It was recognized early on that so-called superspreading events, which invariably occur indoors among persons separated by more than six feet, can only be explained by airborne transmission,” he said in an interview.

Models for indoor air assume that pathogens like the SARS-CoV-2 virus are distributed uniformly throughout indoor rooms. “In such well-mixed spaces, one is no safer from airborne pathogens at 60 feet than 6 feet,” Bazant and Bush wrote.

The Centers for Disease Control and Prevention has issued conflicting guidance. In September, the agency changed the information on its website about airborne transmission of Covid-19, first saying it could be spread beyond six feet through droplets or small particles in aerosols produced when an infected person coughs, sneezes, sings, talks, or breathes. Three days later, CDC removed information about aerosols and distances greater than six feet, saying a draft guidance had been mistakenly posted.

A CDC scientific brief posted Oct. 5 held to the six-foot standard: “Available data indicate that SARS-CoV-2 has spread more like most other common respiratory viruses, primarily through respiratory droplet transmission within a short range (e.g., less than six feet).” The agency also said it found no evidence of routine, rapid spread to people far away or who enter a space hours after an infectious person was there.

“Unfortunately, 10 months into the pandemic, public health agencies are still reluctant to acknowledge airborne transmission, let alone question the six-foot rule. Official guidelines still focus on large-drop transmission in coughs and sneezes, where six feet is an arbitrary distance for those droplets to settle to the floor,” Bazant said. “Aerosol transmission was previously implicated in the spread of SARS and measles with less evidence than we have now for Covid-19, so I am hopeful that change will come soon, as the scientific consensus grows.”

Bazant and Bush, an expert on respiratory fluid mechanics, have created a guideline to gauge the risk of airborne transmission that takes into account factors such as exposure time, room size, ventilation, and human activity. They designed a spreadsheet and online app intended to be simple enough for public health agencies to endorse and the public to use.

“Depending on ventilation, mask use, air filtration, and other variables, any indoor space may carry either low or high risk of transmission,” Bazant said.

Local regulations may govern ventilation in public places, but they don’t go far enough in the view of Yale’s Iwasaki. She and others are urging the World Health Organization to add relative humidity to indoor-air standards for such public places as schools and nursing homes. “It’s really to take action by setting the standard from 40 to 60% humidity, because that’s the optimal humidity for health and respiratory infection prevention,” she said about the online petition.

Pending such a move, there’s always the mask option indoors.

Two other scientists have appealed to the medical community and public health bodies to provide more guidance about precautions for indoor spaces. “Hand washing and social distancing are appropriate but, in our view, insufficient to provide protection from virus-carrying respiratory microdroplets released into the air by infected people,” Linda Morawska of Queensland University of Technology and Donald Milton of the University of Maryland School of Public Health wrote in Clinical Infectious Diseases. “This problem is especially acute in indoor or enclosed environments, particularly those that are crowded and have inadequate ventilation relative to the number of occupants and extended exposure periods.”

Iwasaki advises people to buy humidifiers for their homes, if they can. She has always told her children to bundle up with scarves over their noses when they go out in the winter, and she herself, back when she used to travel, always wore a mask on an airplane. She had three reasons: to prevent viruses from reaching her mouth and nose, to keep them warm, and to keep them moist.

“We don’t know where this is going to end up  — we haven’t had a year with it yet,” she said about the pandemic. “I think we have to be extra cautious going into the winter.”